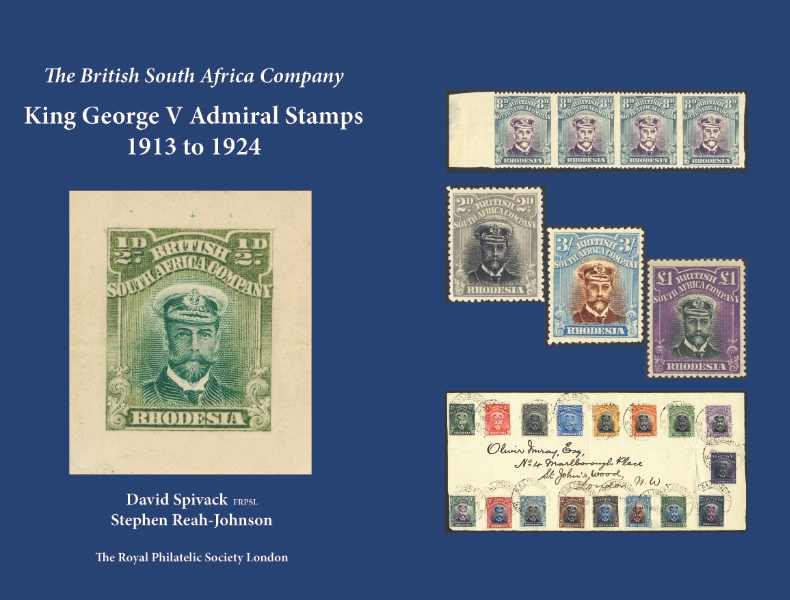 This important new book, published by the Royal Philatelic Society, London, provides an in-depth review of, and research into, the British South Africa Company’s King George V Admiral stamps and postal stationery issued between 1913 and 1923, one of the most intriguing definitive series of the British Empire.

In addition to exploring the development of the design, essays, die proofs, and colour trials, there is a focus on the production issues that resulted in the many plates, states, and colours of the Admiral stamps over its 11-year history.

With an eye to unravelling the many enduring mysteries surrounding this issue, the authors have reviewed both the philatelic history of, and research into the Admirals, resulting in a detailed analysis of the plates, states, printings, colours, and flaws of the 19 values that constitute the series. An understanding of the role of provenance and rarity is also included, examining trends which have had an impact on selected Admiral rarities. In addition, a full review of the issued Admiral postal stationery is provided. Completing the work is a unique specialised catalogue and rarity guide based on auction results of the Admiral stamps and postal stationery over the years.

In sum, the authors have undertaken a comprehensive approach to examining the complexity of the series and address many of the mysteries surrounding the British South Africa Company Admiral stamps. This work should appeal to philatelists interested in complex and long running definitive issues of King George V, specialists in the Admirals, as well as those seeking to understand the myriad of stamp production challenges during and following World War I.